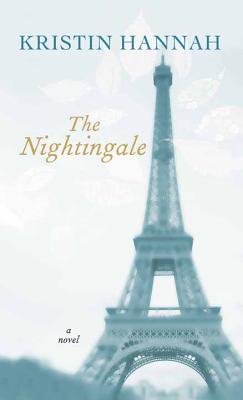 By Kristin Hannah
Email or call for price.
Out of Print

“Filled with sacrifice, betrayal, suspense, courage, and ultimately, forgiveness, The Nightingale offers a haunting glimpse of what it was like for women to survive during WWII. Set in a small town in France, The Nightingale tells the alternating stories of two sisters, their father, and the friends and enemies that occupy their lives during this tragic period of history. Based on a true story, The Nightingale weaves a riveting tale around the heroism of Isabelle, a young woman who serves as a key player in the underground Resistance, and her sister, Viann, who is back home under German occupation, near starvation and struggling to save Jewish children. In the end, however, perhaps this novel is more about the sisterly bonds of love that, although stretched to the limit, still endure. You will not forget the song of The Nightingale.”
— Marnie Mamminga, Redbery Books, Cable, WI